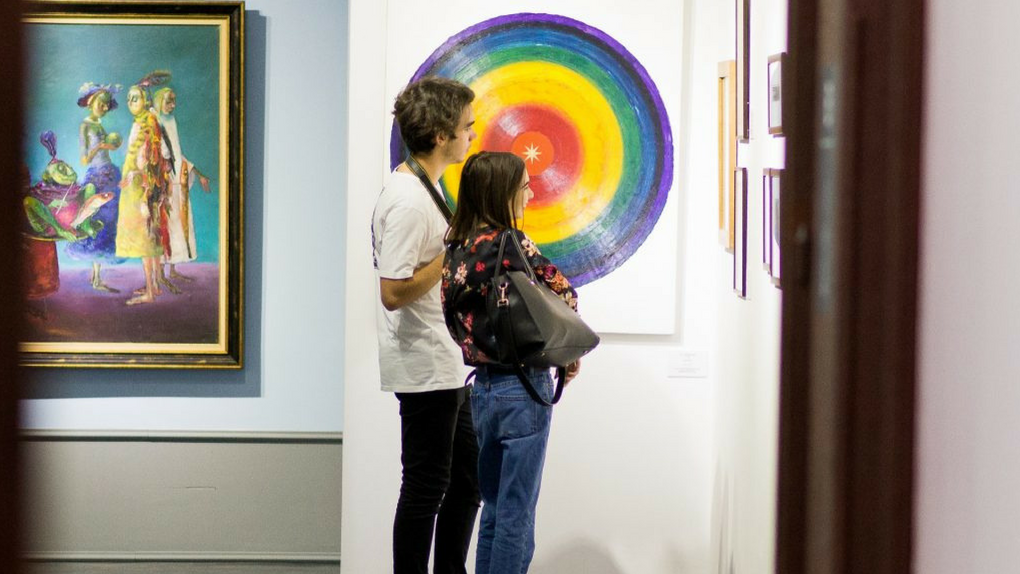 The next edition of Art Safari 2018 will take place between May 11-20, 2018.
Hervé Mikaeloff will curate the Central Exhibition, Alina Șerban will curate the Museum Pavilion, and the event’s architect for 2018 will be Attila Kim.

Hervé Mikaeloff is an internationally-known independent French art consultant and curator. After graduating from the Ecole du Louvre in 1991, he first worked for the Fondation Cartier and later, the Paris art gallery of Emmanuel Perrotin. He began his career as a curator overseeing the collections of the Caisse des Dépôts, in Paris. He has curated for artists around the globe and for major exhibitions at the Hong Kong Museum of Art, the Garage Museum of Contemporary Art in Moscow, the Venice Biennale, and the Palais de Tokyo in Paris. Currently, he also advises the LVMH Group and its CEO Bernard Arnault. He has been also chief editor for the Official Art in 2014. Hervé Mikaeloff has curated the exhibition Romanian Scenes in 2013 at the Espace culturel Louis Vuitton in Paris. At this occasion he has presented works of majors romanian artists as well as young artists. Honouring his prestigious career in the defence of the arts, he was awarded the insignia of a “Chevalier de l’Ordre des Arts et des Lettres” by the French Ministry of Culture in 2011.

Alina Șerban is an art historian living between Ploiești and Bucharest, Romania. She has curated exhibitions at Salonul de Proiecte, Bucharest; Uqbar Project Space, Berlin; Kunsthalle Fridericianum, Kassel; Galerie im Taxispalais, Innsbruck; and Fotogalleriet, Oslo. She curated the Romanian Pavilion at the 53rd Venice Biennale, which traveled in 2010 to the Renaissance Society, Chicago and she coordinates the self-publishing platform P+4 Publications. Currently she is developing an artistic interdisciplinary structure – The Institute of the Present – founded at the end of 2016.

Attila Kim is an architect with extensive experience in architectural design, exhibition architecture, cultural event design and restoration, being nominated three times for the European Union Prize for Contemporary Architecture – Mies van der Rohe Award (2009, 2011, 2017) and for the Iacov Chernikhov contemporary architecture award. Attila Kim’s professional performance was also recognized by multiple national awards at the National Architecture Biennale and Transylvania Architecture Biennale (11 awards and 13 nominations), and international awards. In 2016 Attila Kim received the Arts and Society Leadership Award from Aspen Institute for his significant contribution to the enrichment of Romanian culture, promoting Romania abroad and for his support to the overall development of the country’s cultural patrimony. Key art exhibitions designed by Attila Kim include Adrian Ghenie: Darwin’s Room at La Biennale di Venezia; Mircea Cantor: Q.E.D., Deimantas Narkevicius: Cupboard and a Song, Geta Brătescu: The Artist’s Studio, SubReal Retrospective, at the National Contemporary Art Museum in Bucharest, European Travellers: Art from Cluj Today at Kunsthalle Budapest, Transformation. Romanian Sculpture 25 Years After the Revolution at Beelden Ann Zee Museum in The Hague, Between the Linesand Gheorghe Ilea: The Relocation Story for Plan B Gallery in Cluj. Attila Kim is the architect of all editions of the Romanian Design Week, and the author of a series of design exhibitions showcasing Romanian talents at the Stockholm Design Week, Vienna Design Week, London Fashion Week and London Architecture Festival. Attila Kim is the Commissioner of Romania at the Biennale di Venezia since 2016.