The Art of Behaving Badly

The Guerrilla Girls are feminist activist artists. Over 55 people have been members over the years, some for weeks, some for decades. Our anonymity keeps the focus on the issues, and away from who we might be. We wear gorilla masks in public and use facts, humor and outrageous visuals to expose gender and ethnic bias as well as corruption in politics, art, film, and pop culture. We undermine the idea of a mainstream narrative by revealing the understory, the subtext, the overlooked, and the downright unfair. We believe in an intersectional feminism that fights discrimination and supports human rights for all people and all genders. We have done over 100 street projects, posters and stickers all over the world, including New York, Los Angeles, Minneapolis, Mexico City, Istanbul, London, Bilbao, Rotterdam, and Shanghai, to name just a few. We also do projects and exhibitions at museums, attacking them for their bad behavior and discriminatory practices right on their own walls, including our 2015 stealth projection about income inequality and the super rich hijacking art on the façade of the Whitney Museum in New York. Our retrospectives in Bilbao and Madrid, Guerrilla Girls 1985-2015, and our US traveling exhibition, Guerrilla Girls: Not Ready To Make Nice, have attracted thousands. We could be anyone. We are everywhere. What’s next? More creative complaining!! 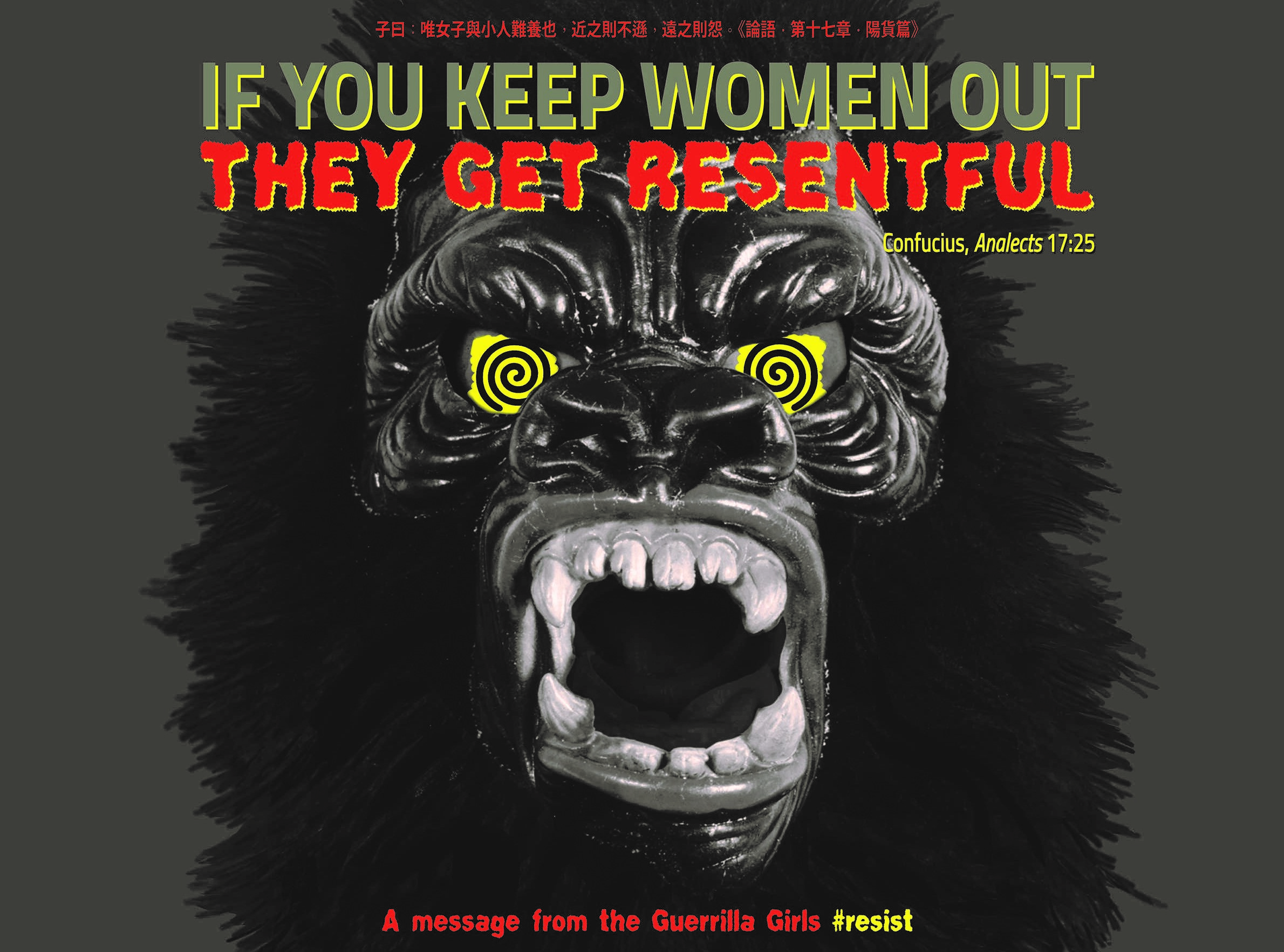 Women Get Resentful, 2018
Copyright © Guerrilla Girls and courtesy of guerrillagirls.com 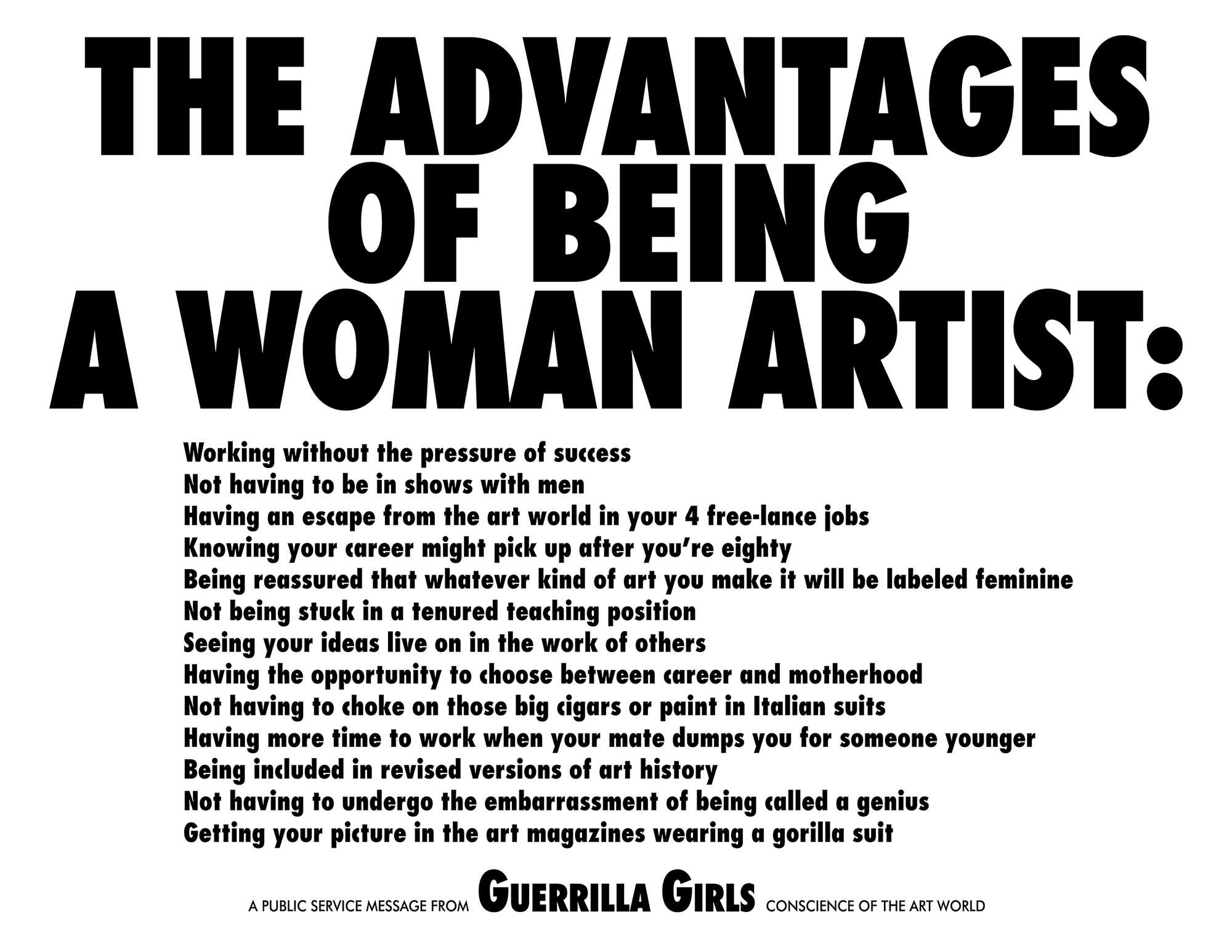 The Advantages of Being A Woman Artist, 1988
Copyright © Guerrilla Girls and courtesy of guerrillagirls.com 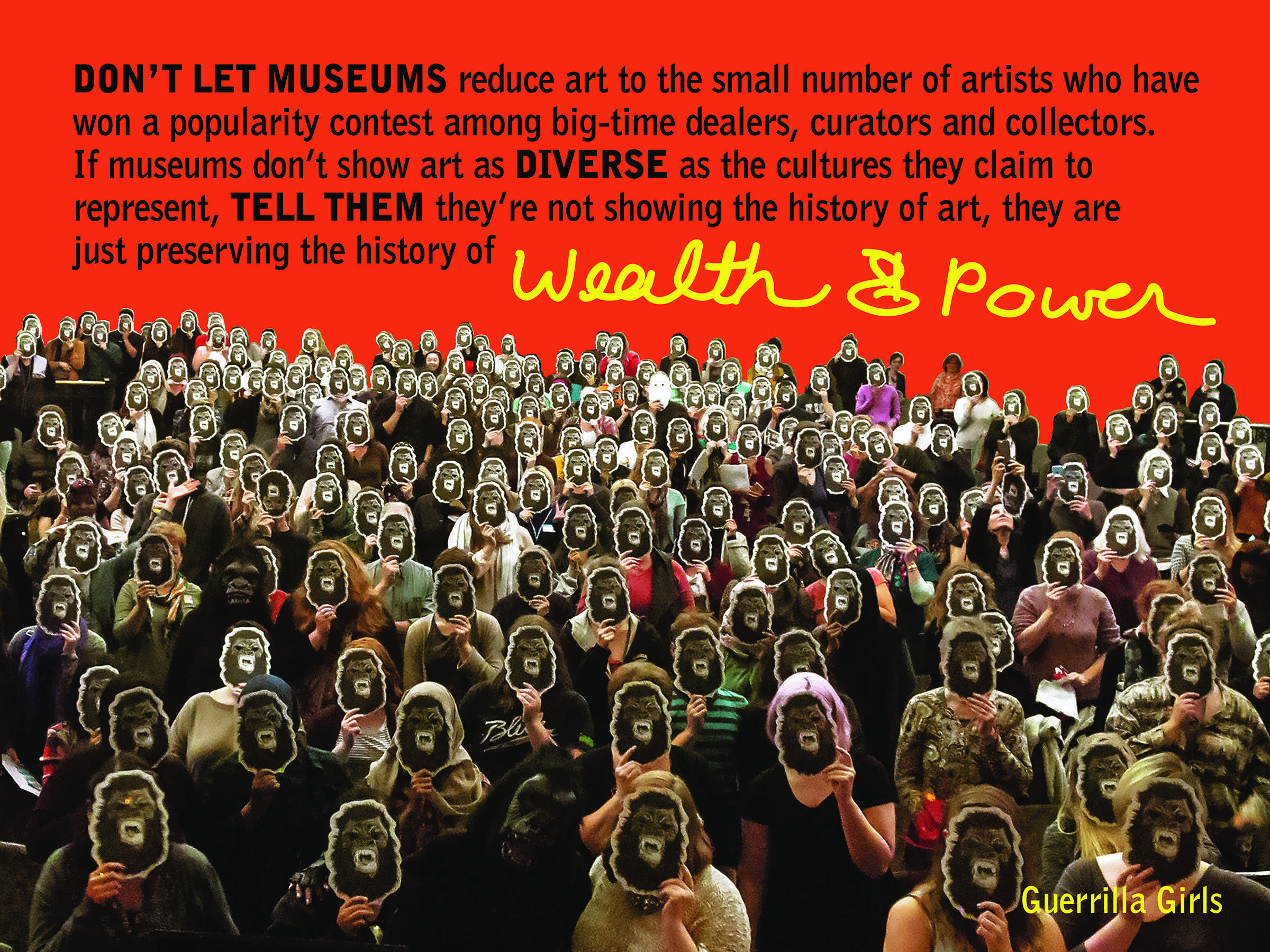