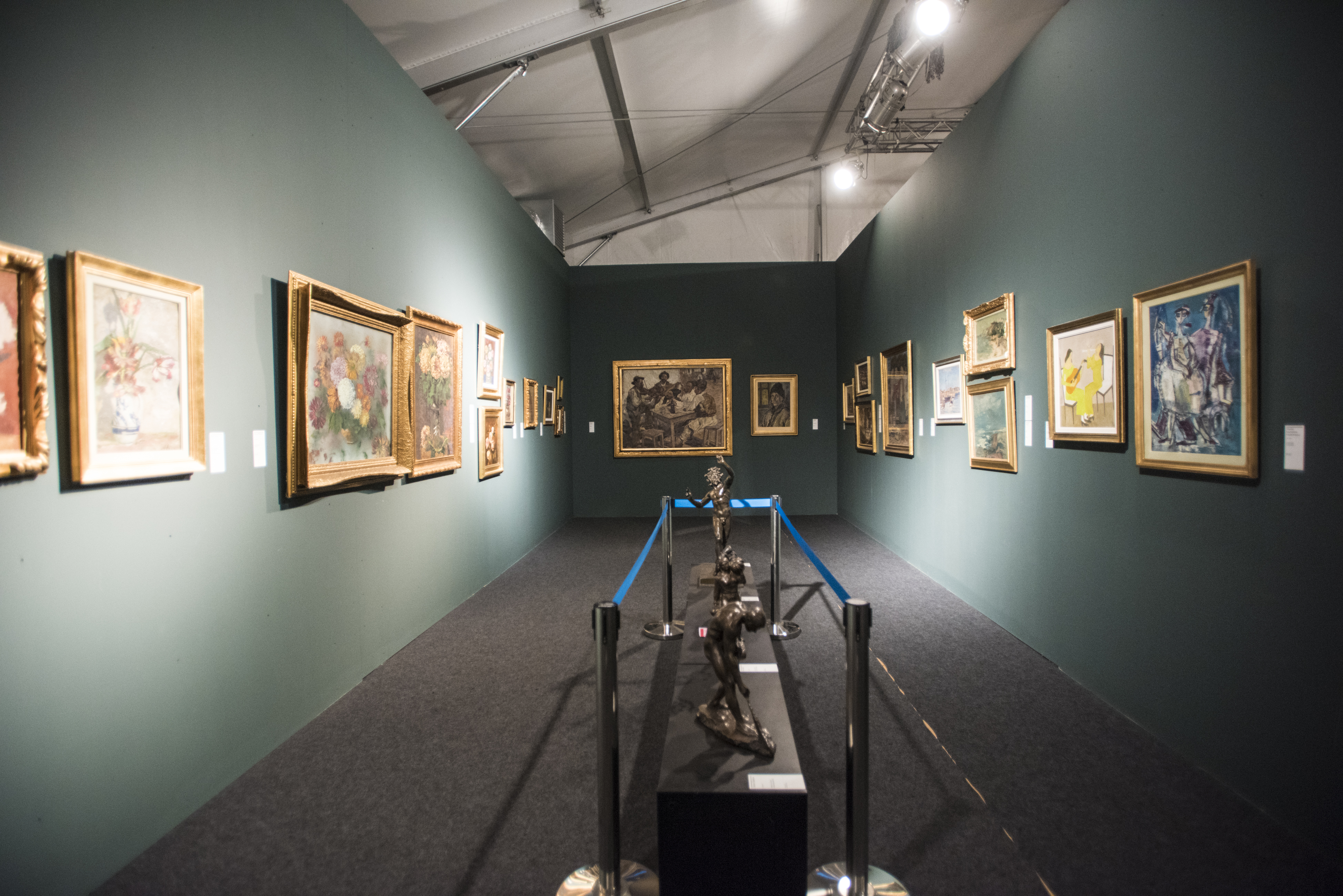 In all great world museums, an exhibit of patrimony works from a nation’s own museum collections garners particular interest and carries special connotations. Upon a first interpretation, such an exhibit reads as a calling card for that specific museum, one that the public comes to enjoy often for the first time, many of its works being shown in premiere. Another relevant feature of this type of exhibit is the preservation and restoration status of the exhibited works and the care put into their safekeeping, understanding, development and display. And last but not least, the exhibit reflects a museum’s interest in enriching its own collections by means of new acquisitions.

One such novel endeavor is the fine art and sculpture exhibit Ceausescu. Another Story. Romanian Art in Primăverii Palace Art Safari 2018, that was on display at this year’s anniversary edition of Art Safari. Not at random are these values being presented for the first time in a public setting 100 years after the birth of Romania’s first president.

Primăverii Palace (which translates to Spring Palace) had been for a quarter of a decade the private residence of couple Nicolae and Elena Ceausescu and their children, Nicu, Zoia and Valentin. Built in the mid-1960s, the residence in Primaverii quarter (an area closed to the public during the 1980s) represents the newest major cultural objective in Bucharest. The palace, built to house a head of state, is an architectural marvel, striking not only in its dimensions, balanced volumes and furniture design, but also in the artworks it houses, works representative of the junction between two centuries, most often stirring with a blend of tradition and modernity. In its collection we find works signed by great names of the Romanian fine art tradition: Ştefan Luchian, Nicolae Tonitza, Iosif Iser, Gheorghe Petraşcu, Octav Băncilă, Camil Ressu, Rudolf Schweitzer-Cumpăna, Dumitru Ghiață, George Baron Lowendal and by sculptors such as Ion Jalea, Gheorghe Tudor, O.Spathe among others.

An impressive selection of these paintings - around 50 - was available to visitors between May 11-20, in the heart of the capital, in the Art Safari Pavilion exhibit, featuring the works of masters credited with founding new schools and inspiring new artistic visions.

The exhibit stood as a thematic core representative of Romanian art at the junction between the 19th and 20th century. The backbone of the exhibit was the portrayal of the authentically Romanian, the world of simple, beautiful folk, the Romanian village with its inexhaustible world of meaning and the connection to the sensibility of the Romanian spirit in all of its forms of artistic expression. Works featuring still lifes, landscapes, compositions, flowers and portraits will also be displayed. As such, the exhibit was an occasion to showcase exceptional craft, in which the spectacle of art lies in the vibrancy of brushstrokes, some wide, diffuse, others short, fragmented, bestowing on the works a refined chromatic and a strong pictorial character. A few representative sculptures signed by some of the greats in the field, Ion Jalea, Gheorghe Tudor, Oscar Spaethe, will further ennoble the selection.

The exhibit Ceausescu. Another Story. Romanian Art in Primăverii Palace Art Safari 2018 was an endeavor novel in its subject and perspective. Up to this moment, there have been exhibits dedicated to the Golden Epoch and to art borne out of or subsumed to the regime. With this exhibit we ventured outside of this established pattern, in an attempt to present the public with a different image. It is the first time that these valuable pieces are brought out from a space which had been closed to the public before March 2016.

It is a celebration of patrimony art, of national values free from of the stamp of time or regime. Luchian's scented blossoms, Bancilla's novel portraits, Petrascu's impasto still lifes, Schweitzer-Cumpăna’s monumental peasants and Iser's tempting odalisques are just some of the reasons to see the works exhibited in Ceausescu. It is a significant piece of cultural heritage, whose dimensions exceed the historical frame of 20th century art.

Showcasing it all in Art Safari 2018’s Pavilion further underlies the importance of this unique event in the museum world, as well as the idea of patrimony mobility between the country’s most representative cultural institutions.